Meet Dr. Mauricio Castellanos | Meet the Team | What Sets Us Apart | Our Legacy 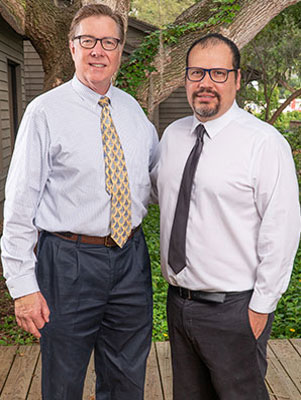 While Countryside Oaks Dental, in its initial form, began seeing its first patients in 1985, the values and character that became the hallmark of this practice actually had its legacy decades before. Had it not been for the parents and mentors of Drs. Dan and Marsha Mullett instilling the desires to do their best and to treat each person as a valued child of God, the practice would have looked vastly different.

After graduating from the University of Florida in 1983, Drs. Dan and Marsha became partners in dentistry in 1985; and later that year, life-long partners in marriage. During these formative years, they pursued their excellence in education through the acclaimed Dawson Academy and the Pankey Institute, and formed their practice management systems via Pride Institute. Most importantly, they began building relationships with their first patients, many of whom are still here today, some 35 years later.

At the end of Dr. Dan’s clinical career, the words his staff would hear regularly, “Dentistry is more than just about teeth,” came clearly into view. As he sifted through hundreds of ’Thank you’ and ’Congratulation’ notes upon his retirement, it became obvious. While proper diagnosis, good treatment planning, and clinical expertise are critical to long-term patient care, the real benefits to all have been a shared relationship of trust, care, and friendship.

“It is so exciting to see this legacy continue,” says Dr. Dan. He adds, “Having Dr. Castellanos pick up where we left off, with the same values and vision of care to which our patients are accustomed, and to have the advanced skills of being a prosthodontist, will take this practice to the next level. It is a blessing to see our patients and staff so happy and so well cared for.”